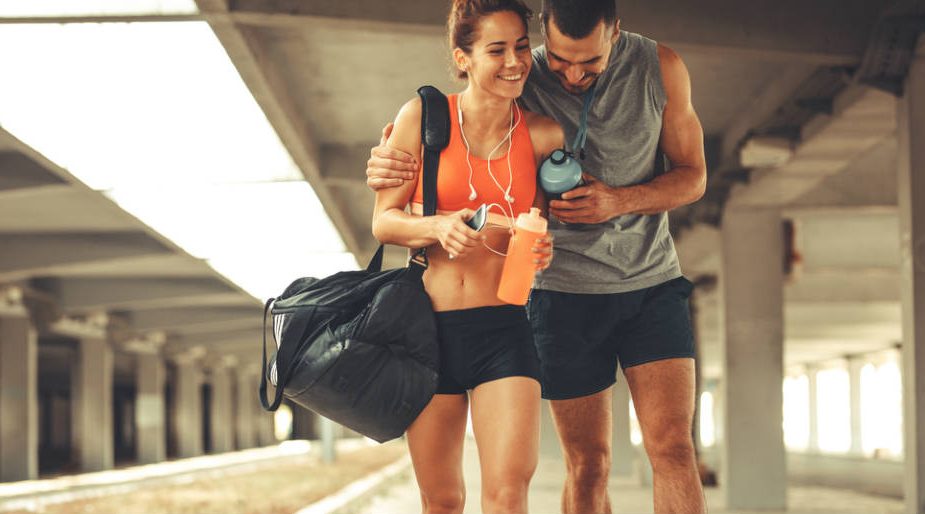 “Changing is scary, but we should be afraid to stay in the same place”. The phrase is printed on one of the Instagram posts by carioca Fernanda Azevedo de Almeida. There she is known as Nanda Azevedo, a digital influencer who accumulates no less than 48 thousand followers on the social network.

Single mother of a 19-year-old and 38-year-old boy, the marketer has seen her life improve completely with running and tries to encourage others to do the same.

In today’s post, you will learn a little more about the history of Nanda, a woman who is not afraid to show her essence, is always willing to set foot on the track and won her goals through physical exercise.

Tie up your sneakers and get ready to discover the 7 reasons why running has transformed this heroine’s life! 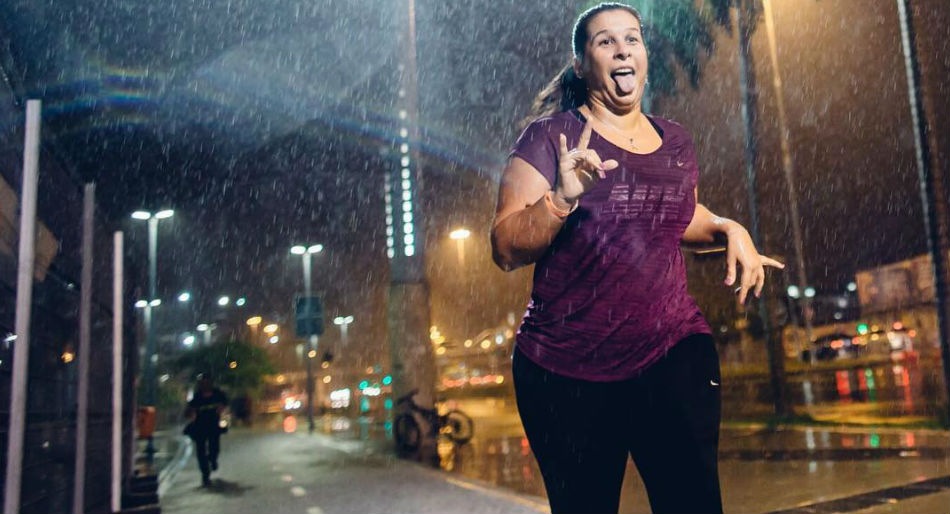 From medical orientation to passion

It all started in 2013, inside an office. Well overweight and diagnosed with problems with pressure and fat in the liver, Nanda was instructed by her doctor to adopt physical activity. “He told me that if I didn’t do something, I would die,” explains the marketer.

Among all the possible options, she chose to face the treadmill. “We always listen: if you want to lose weight, go to the treadmill. And that’s what I did. It was Fernanda from Sunday to Sunday on the treadmill, like a crazy person ”, she says, laughing.

It didn’t take long for Nanda to sign up for her first street race. “It was a Nike race here in Rio, in November,” he says. “It was a 5 km race and they had a training group, which ran every Wednesday”.

With the date reserved on the agenda, the carioca went to all meetings in Ipanema, where she got tips from colleagues on how to run on the street. “That’s when I started wanting to run, saying ‘come on, let’s run’,” continues to influence. Result: what started as an obligation ended up becoming a passion in your life.

Less weight on the scale

It didn’t take long for Nanda to begin to notice the benefits of running on her weight . All thanks to the combination of physical exercise and food, she recalls. “It is no use running, getting home and stuffing yourself with food. You have to close your mouth. ”

The result was 18 kg less on the scale in almost a year. Point for self-esteem. “Before, I used a mannequin 48, I started using 44. So imagine the difference!”, He celebrates. 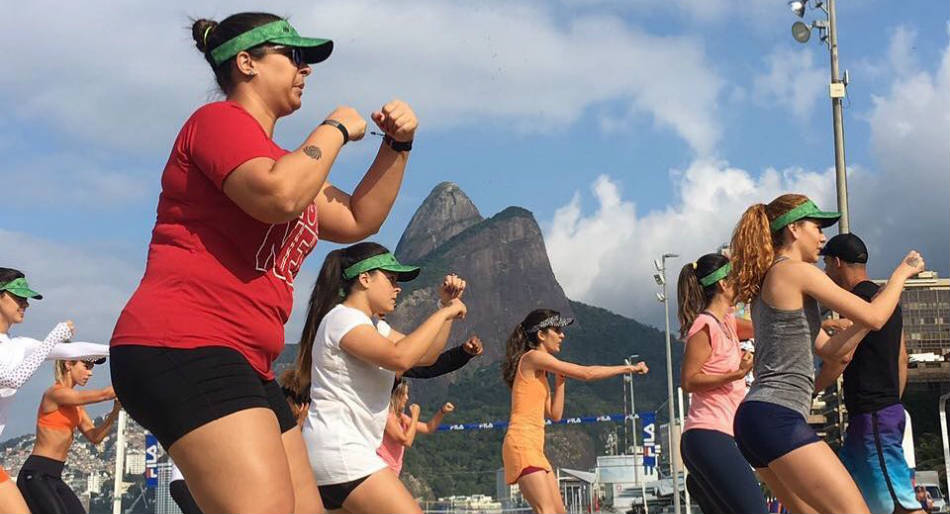 Willingness to run (and to do other things too!)

Running is addictive, and if it depends on Nanda she is the greatest example of that. “ Running is a vicious cycle, you run and that energy is in you. You want to take that energy to the next day, and so it goes ”, explains the influencer. “ It’s day after day. You recharge the battery and it will only discharge when you are close to doing another exercise. This way, you are willing to do everything all day ”, he adds.

In addition to the endorphin released by the practice, Nanda points out another benefit that motivated her to stay on track: overcoming. “ The best feeling in the world is that you realize you can do it ”, confesses the athlete, who has already run four marathons socks.

And there is no lack of willingness to run. For this year, Nanda is already enrolled in three other events, the Wings for Life World Run (in May), the Rio Half Marathon (in June) and the Asics Golden Run (in July).

She is resuming the pace after a break, but believes she can get the gas needed to complete the races. “Until then, I will prepare myself, as the tests are in sequence, I will already train for all of them”, he explains.

Social life with a thousand and more energy to leave

The energy accumulated by Nanda Azevedo with the practice of exercises has surpassed the limits of the gym and the running tracks. With sneakers tightly tied, Netflix ended up losing positions on the list of priorities in the life of Rio.

“Before, I was very sedentary, I stayed on the couch. When you are in a state of obesity, of sedentary lifestyle, everything makes you sadder ”, says the runner. “With the race, I started to have more disposition to leave. Go to the corner bar, find friends. My friends even joke that in the past I was the grumpy chubby girl, then I became the happy chubby girl ”.

The laziness , in fact, became something else from the past in the athlete’s life, who started waking up at 4 am to practice exercises . “To run“ long ”(modality), for example, you have to be up at dawn, to get ready, and at 5 am already on the street”, he reveals. “In the past, if you tried to get me out of bed at that time, it was only if it was something very urgent!”, He admits.

For Fernanda, people who run early enjoy the day better and do more things. “You get electric, charged, while the people around you are still waking up. And this is not just about running, but any type of physical exercise gives you that energy to do everything ”.

A new look at sport

Running has changed Nanda’s eyes not only for the practice of healthy activities, but also for physical exercise itself. “I always went for sports, but running was one that particularly made me lazy,” says the influencer, who was used to seeing her mother go out early to walk. “I looked at her and thought ‘our mom, are you crazy? Walking all this up? Walk in that heat, God forbid… ”, reveals.

Everything changed with the first few months of training. “When I started running, I would walk with her, and then I would run to the top of Boa Vista. My view on physical activity has completely changed. ”

Learning to eat (and live!) in a healthy way

With the help of the race, Nanda realized that it is possible to eat well, without leaving anything out of the menu. “I saw that you don’t have to stay ‘, it has to be gluten-free, it has to be lactose-free’,” says the athlete, who lost 28 kilos.

According to her, the race taught her to eat better, with the support of doctors and nutritionists. “I needed a balanced diet to be able to match my run. I started to have a better relationship with my diet, so as not to lack any type of nutrient and feel sick running. ”

The expected result came in the form of tests, which showed improvement in all health indicators alerted by the doctor.

“In 2013, I was full of horrible symptoms, and I managed to make a good improvement in one year, with a balanced diet and running,” he adds. 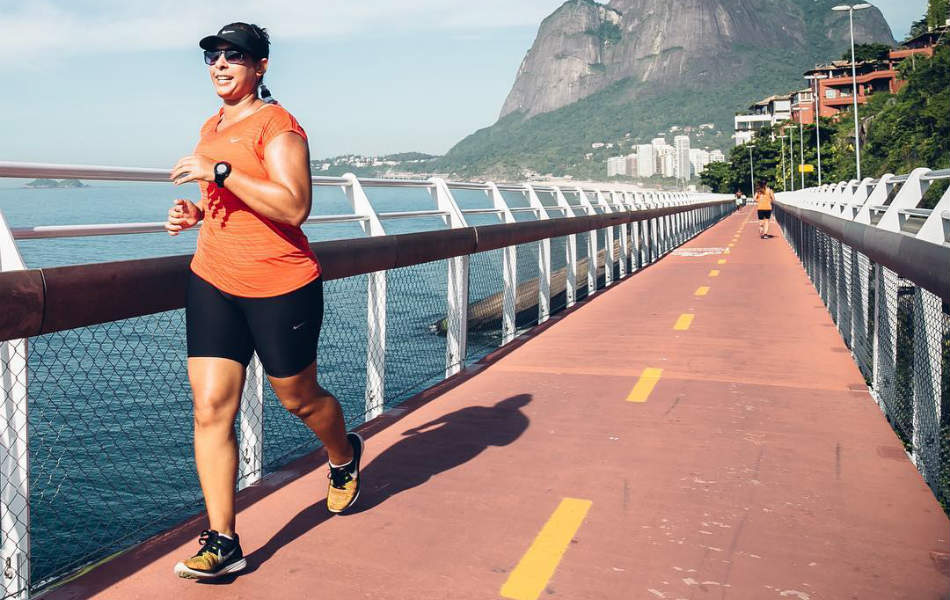 Finally, Nanda reveals that the main gain brought by the race is not measured in kilograms or kilometers. In fact, it is much more than that. “When you run, you feel like you have the power. That makes you confident, ”he confesses. “Today, I wear my runner’s cord with great pride. For people to look and say like ‘man, do you run?’. Like, it’s like a superpower, you know? Your self-esteem is different ”.

For Fernanda, discovering that you can do it is the best thing in life. “There is no talk of hair, bad clothes, makeup… just seeing that you get something you thought you would never get in life, there is no comparison”, she reveals. “It is what makes people change, it is discovering that they can. When you turn that key, it’s the best thing ”, concludes the athlete.

Were you inspired by the Nanda Azevedo story and also want to transform your life? Then check out the running aids to train with Gympass whenever and wherever you want and realize, too, all these benefits!